All computers have physical memory, or RAM, which loads the operating system and active programs. In some cases, RAM is soldered to the motherboard, while in others, it is installed using removable memory modules. Either way, the system memory is limited to the total RAM installed. Modern PCs typically have between 4 GB and 32 GB of RAM. 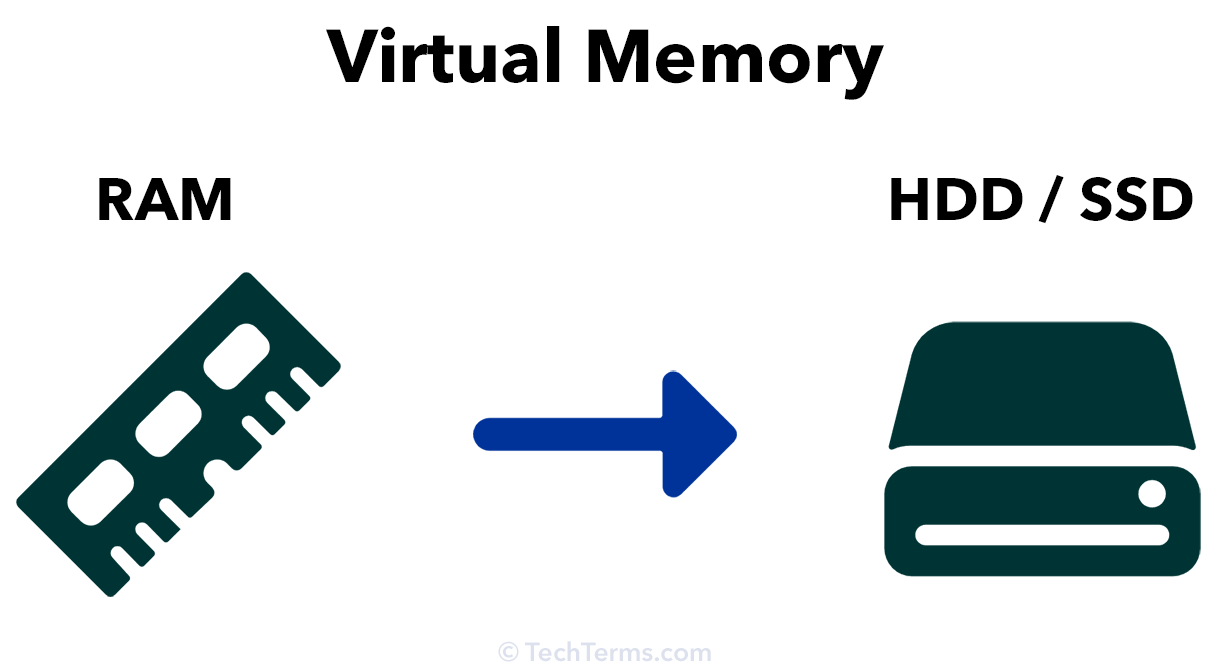 Virtual memory is space on a storage device, such as an SSD or HDD, that serves as temporary system memory, similar to RAM. This "secondary memory" can expand a computer's memory beyond the physical memory limit. However, since storage devices are much slower than the RAM, data stored in virtual memory is often swapped back to RAM when accessed.

Swapping data between the primary memory takes time. Therefore, the more your computer uses virtual memory, the more it will slow down. One of the best ways to improve your computer's performance is to install additional RAM. With more free memory, your computer won't need to use virtual memory as often, resulting in fewer slowdowns and faster overall speed.

The definition of Virtual Memory on this page is an original TechTerms.com definition. If you would like to reference this page or cite this definition, you can use the green citation links above.

The goal of TechTerms.com is to explain computer terminology in a way that is easy to understand. We strive for simplicity and accuracy with every definition we publish. If you have feedback about the Virtual Memory definition or would like to suggest a new technical term, please contact us.

We just sent you an email to confirm your email address. Once you confirm your address, you will begin to receive the newsletter.